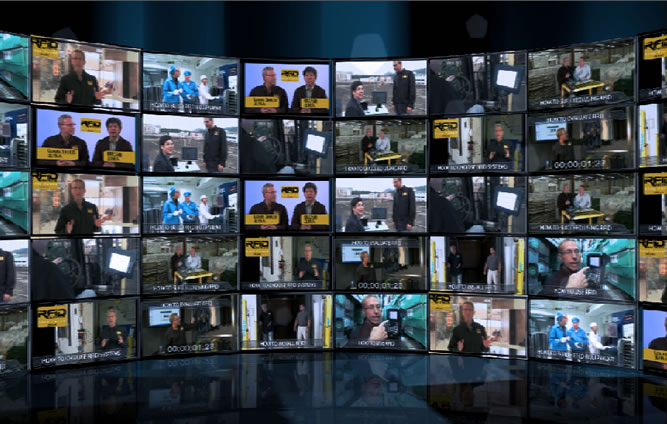 About The RFID Network RFID.net

Welcome to the all new RFID Network

After being offline for nearly five years, RFID.net is back with a new look and updated articles. This site provides information, tools, and advice that help you apply Radio Frequency Identification (RFID) & Internet of Things (IoT) technology.

If you're not familiar with RFID or IoT, these are the conduit between the physical world and the digital world. These technologies provide the ability to identify, locate, and sense the conditions of animate, and inanimate, entities and their surrounding environment, and enable real-time decisions to be made based on that information. If you're here to learn, we recommend you start here: What is RFID & Wireless RF Sensors?

The new version of the site is just getting started; we will be publishing more in-depth articles and videos. If you would like to be notified as we create new content, simply subscribe to one of our social media pages and Stay Tuned!

The RFID Network (RFID.net) started in 2002 as RFIDWizards, which was a website combining technical articles along-side profiles of professionals working in the RFID industry. The site allowed people to create a profile and connect with each other. Keep in mind, this was before social networking became popular.

In 2004, I sat in the back of a crowded Bentonville, Arkansas conference room and attentively listened to Linda Dillman, then CIO of Wal-mart, announce the mandatory use of RFID for all suppliers. Way back in 2001, I began working with the Auto-ID Center in Cambridge, UK on the RFID technology that would evolve to be EPC Global Class 1 Generation 2 and ISO 18000-6C. Ms. Dillman's announcement had been years in the making and those of us already in the RFID industry anticipated the global economic benefits. What we didn't anticipate was that announcement this would attract a deluge of companies that all wanted a piece of the 'RFID supply chain' action.

2005 brought an onslaught of announcement-ware. Companies that had never before worked with RFID technology put out press releases proclaiming 'RFID expertise' and 'products' that were more prototypes and proof-of-concepts. Traditional journalists and analysts lacked the technical understanding to differentiate fact from fiction while content aggregating websites further perpetuated the problem by blindly regurgitating headlines. What made matters worse was many of these companies had bigger marketing budgets than development budgets and by buying advertising they got a lot of journalist attention. Those already in the industry with real expertise and proven products were drowned out by all the marketing noise. The Wal-mart suppliers looking to comply with the mandate lacked a reliable source of information they could depend on to help them distinguish hype from truth and good RFID products from bad ones.

After I sold RFIDWizards in 2005, I launched MrRFID.com. The new site headlined Lou's News and Views. Companies would announce their products in the news, then a bunch of us engineers would get together and actually try to use the products in the real world. The Views section became product reviews, stating whether the products worked the way the companies claimed or not. Our product reviews pissed off a lot of companies because we would not lie and could not be bought with advertising dollars.

One venture backed start-up company offered us $90,000 to produce a positive benchmark report about their new RFID readers, but I turned them down because our testing found the readers to be inconsistent. We won't recommend them to clients just yet, but proposed to use their budget for engineering consulting assistance and help with product improvements. Once the reliability issues were addressed, we would gladly shout their name to the world. Our business model has always been consulting and we make money by implementing technology that works. They declined, stating their investors needed to see client revenue now, and used their budget for marketing. Ultimately, they went bankrupt after several failed implementations.

The false advertising and mis-information that plagued the industry resulted in numerous Wal-mart suppliers spending their budgets on products like this that just didn't work as promised. Many lost faith in RFID technology and ultimately, adoption was delayed.

Meanwhile, our website completed it's metamorphosis into RFID.net and over time, we added video content. In 2010, something totally unexpected happened: a local television producer watched some of our short videos and suggested we produce a 30-minute pilot show for her cable channel. After realizing there was no punch line coming, we really explored the concept. Our pilot episode focused on RFID's dark-side: covert tracking and spy-chips. I'll never forgot the day when The RFID Network TV Series was first broadcast on KMVT Channel 15. The show became a success and was picked up by 23 more U.S. cable channels reaching an audience of 1.5 million viewers. We went on to produce additional episodes, including episodes in mandarin that were permitted in China. Each episode explains in an easy-to-understand way how wireless location and tracking technologies work and examines the exponentially expanding "Internet-of-Things", which refers to linking objects installed with RFID via the Internet. While the show aired, the RFID.net website had over 100,000 views per month.

Travelling around the world, filming shows, and consulting took a toll on me. In 2012, I retired from The RFID Network to spend more time with my family.

Today, I am still working with RFID technology and many of my industry colleagues are still helping companies implement RFID & IoT technology. At the request of many, I have decided to re-launch RFID.net. All of the content on this website is free and there is no advertising. Accuracy and integrity are paramount and I have not needed to publish a single retraction since November of 2002. If you find a technical error, just click contact us and it will gladly be corrected.

About the contributors to RFID.net

I have had the honor and privilege to work with some of the brightest professionals in the industry. Without their help, the content of this website would not exist. Since 2002, we've said:

We don't re-publish press releases, we verify and validate.

The goal is simply to be one of the world's most credible sources for technical information on RFID & IoT and to help people succeed.